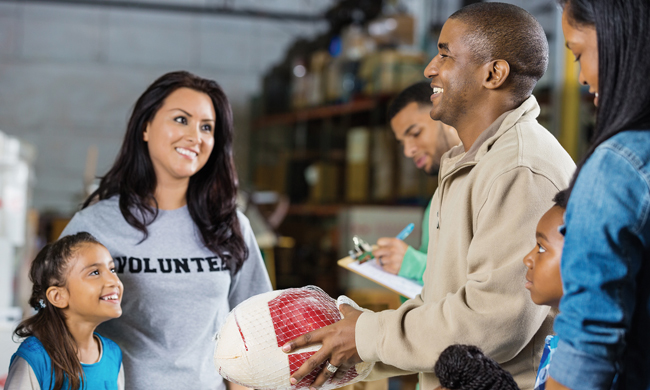 Each year, the true spirit of the festive season can seem to get buried further beneath mountains of wrapping paper and drowned out by commercialism.

However, when it comes to the festive season, gifts don’t have to come in glossy paper with crisp edges and hidden tape (though those are nice, too). For example, author Carol Lavin Bernick recommends focusing on gifts that make an impact, such as giving back within your community.

Consider these tips from Bernick for making a difference without breaking the bank.

Find more inspiration to give back at gatherasyougo.com. (Family Features)

SOURCE:
Gather As You Go

Last month on April 4th, William and I had the pleasure of attending the annual Luminaria gala for the American Red Cross of Central Texas at the Four Seasons Hotel in Austin. The night consisted of savory foods, delightful company and heart-tugging stories. From inspiring children donating their lemonade stand earnings to the guest of honor, Viola Brown’s profound experience in the Bastrop floods, it was hard not to see the kindness and compassion among Red Cross employees, volunteers, donors and sponsors alike.

The live auction included a Colorado Getaway Package and a Cypress Valley Preserve Hunting Adventure. The most popular item: Piper the Puppy, a sponsored stuffed toy donated to children impacted by fires, floods and other disasters. The event raised a record-breaking $294,500 for the Red Cross, surpassing their goal by more than $73,000.

Whole Foods was awarded the Public Partner of the Year Award for their generosity in disasters like Superstorm Sandy and Central Texas Wildfires, their over $1 million donation to victims of Hurricane Katrina and their fresh fruit donation to those affected by the recent Austin floods.

Tom Davis’s family, accepted on his behalf, the Greg Coleman Tribute Award for his honorable work at the Red Cross as their Training Coordinator for the 48 county region of Central Texas, Public Information Officer and dedicated public affairs volunteer. His passion and devotion, like many others, is what powers the Red Cross to continue to positively impact the community in which we live.

You can learn more about the American Red Cross of Central Texas at www.redcross.org/tx/austin.